Are you sure that you wish to Sign Out?

This is the story of Continulus told by founder Dr Eoghan Colgan. 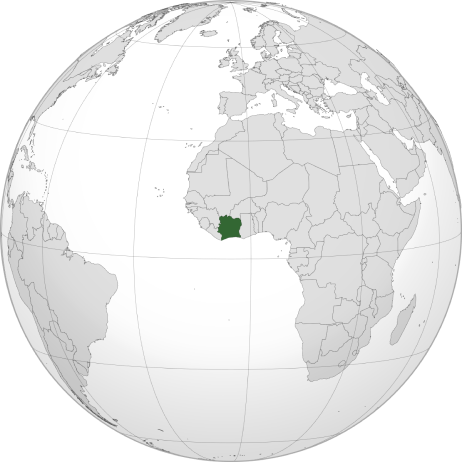 The story of Continulus begins in 1998, when I was a 2nd-year medical student at Queens University, Belfast. My career ambition was to become a paediatrician and work for Médecins Sans Frontiers as a humanitarian doctor. To gain some experience, I spent that summer working in a children’s malaria ward in rural Ivory Coast. It was an incredible experience. At first, a little overwhelming with profound homesickness, but as I settled in, it was clear this would be a life-changing time. But maybe not as I expected!

One day, I joined one of the hospital staff on a trip to the capital city of Abidjan. It was supposed to be a 5-hour round-trip, so off I went in shorts and t-shirt and no antimalarial protection. Unfortunately, on the return journey, our vehicle broke down. By the time we got back to the hospital, many hours later, I had dozens of mosquito bites.

About ten days later, I was lying in bed, unable to sleep due to the heat. I had spent the day examining the abdomens of sick kids with malaria. I placed my hand on my stomach and was sure I could feel a large liver and spleen, though I initially put it down to paranoia, exhaustion, or the heat playing tricks on me! The next day I started to feel generally unwell, and it became clear that I had contracted malaria.

The doctor who cared for me would later tell my family that it was a near-fatal illness. He cared for me in my hut, delivering daily Fansidar injections and out-of-date iv fluids tied with string to nails in the wall. I don’t recall a lot of that time, but I remember the frightening nightmares and slow, reluctant walks to the outside toilet in the middle of the night where every insect in Africa was congregating! Or so it seemed.

There were no mobile phones or internet, and my only comfort was a cassette player and Jeff Buckley's 'Grace' Album, which my brother gave me before I left. I played that album on repeat, and not only did I fall in love with the album, but I fell more in love with music.

I would feel unwell for about two years afterwards, with fatigue and recurrent infections (likely a post-sepsis syndrome). Later, a tropical disease expert would advise me not to return to Africa for 'a number of years', so my plans to work as a humanitarian doctor faded.

When I returned home, I wanted to 'repay' Jeff Buckley for the comfort his album had given me, so I vowed to sing a cover of one of his songs at an open mic in Belfast. Those that know him will appreciate the challenges involved in singing like Jeff! So, I practised and practised until finally, I could do it. Years later, a famed UK Music Magazine (Q Magazine) would compare my vocals to Jeff Buckleys (my proudest musical moment!!).

I qualified as a doctor, and following two years working in Australia, I finally settled in Glasgow and formed a band. In 2007, O2 phones (a large UK telephone company) ran a competition (O2 Undiscovered) to find the next 'big act' in the UK. Three thousand five hundred bands entered, and I eventually won in front of a panel of industry experts. The man who discovered Amy Winehouse, Nick Godwyn, was present and asked to manage me. He said only two voices had moved him in his career. Amy's and mine. How could I say no! I knew the chances of success were slim, but I don't want to live life with any regrets, so I took a hiatus from medicine to pursue my musical dreams! 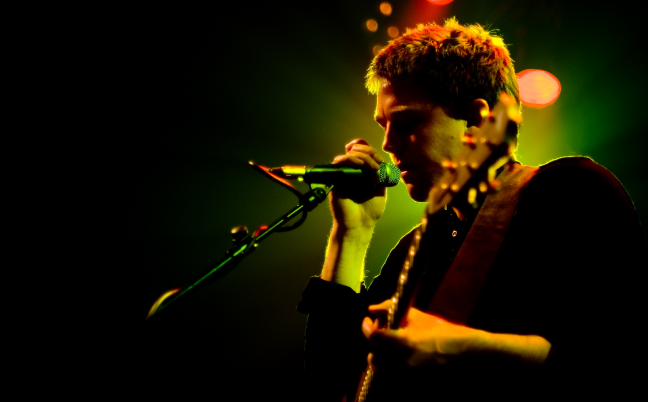 It was arguably the worst time in the music industry's history to 'make it'. Music companies were adjusting to the impact of music streaming and were reluctant to sign new acts. Plus, there was the Great Recession. It was a frustrating time filled with incredible experiences.

Some key highlights include:

In 2010, I met my now wife, an acclaimed singer and songwriter who'd recently left the industry to complete a PhD in music psychology. We both wanted a family and knew that life in the music industry would not provide our craved stability. So in 2011, I sold most of my music equipment to pay for our wedding. It was time to return to full-time medicine. 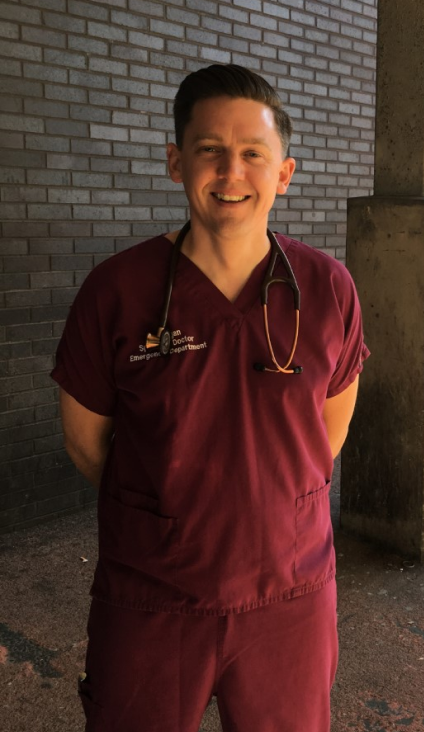 When I left the music industry, I took a Specialty Doctor job in Emergency Medicine and began my career 'catch-up'. I don't think I was very happy at work for the first few years, primarily due to a lack of knowledge which eroded my confidence. I was keen to learn but was frustrated with the inaccessibility of good quality continuing education.

At the same time, a new world of online learning via social media and podcasting was developing. I discovered Scott Weingart's EMCRIT podcast, which was extremely helpful, and my confidence grew a lot. I became interested in teaching and would become an ALS, APLS, and trauma instructor, Host of an education podcast (St Mungos), and an Honorary Lecturer at Glasgow University.

But my frustration with the inequality in access to high-quality continuing education persisted. NHS study budgets are limited, so international travel was rarely an option. Instead, I would travel to London for courses that generally lacked the quality I sought and consumed my study budget for the year with travel and accommodation costs. How unfair is it that doctors in certain countries or regions experience more learning opportunities with less hassle?

So, I decided that if I couldn't get to go to what I wanted, I would bring it to me. I'd been running my own gigs/tours as a musician for some years. So, surely, I could book a venue, hire an ‘act’ and sell some tickets! Perhaps this was the new rock’n’roll!

So where better to start than the person who had educated me most over the prior few years, Scott Weingart. I reached out to him, and he agreed to come to Glasgow to speak, and little did I know what was to come.

The event itself was a sell-out, and people were asking for more. Next on my list was Rich Levitan (famed Airway Educator), and Scott kindly introduced me.

Rich's course was so impactful that I felt obligated to make it more accessible. Rich educates worldwide, but he was only skimming the surface of the many people that could benefit from his teaching. So, I asked him for permission to create an online Rich Levitan Airway Course. He said yes, and despite no expertise in business or technology, I had a plan.

So, with a few credit cards and a loan from my dad, I started building a website to host Rich’s course. And MedReach was born. 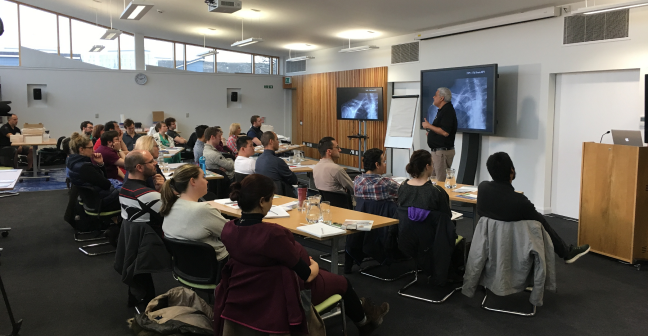 During 2017/18, I continued to invite more educators to Glasgow. Each of the providers agreed to film their content for the online platform we were developing. I owe a massive shoutout to all the fantastic course providers who put their faith in me: Arun Sayal (CASTED), Peter Brindley, Max Valois and Jean Francois Lanctot (EGLS) and Jim DuCanto (SALAD). By the end of 2018, we had six exceptional online courses, and we 'launched with no fanfare, marketing knowledge or budget.

In September 2018, we also hosted a sepsis conference in Glasgow. We donated the proceeds to the African Sepsis Symposium taking place a few weeks later in Kenya. I decided to travel there to film the conference and provide free access to healthcare professionals across Africa. It was my first time back in Africa in 20 years, and it would have another unexpected consequence. 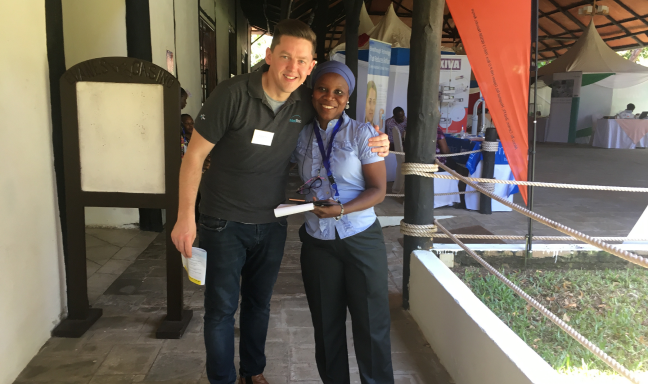 I introduced MedReach at the conference. When I came off stage, Ged Williams, a Professor of Nursing from Australia, and one of the conference organisers approached me. He has spent many years supporting the education of nurses in Africa and Asia and was interested in exploring ‘the online option’. That evening, over dinner, we discussed the merits and pitfalls of conferences. I shared with him my plan to create a lecture program bringing the leading experts in the world online in a fair, inclusive and socially conscious way.

Using Ged’s connections in the Critical Care Nursing community, we launched the Global Classroom for Critical Care Nurses in May 2019. Our first speaker was the wonderful Kathleen Vollman. Twenty-seven people attended live, with half the audience from Africa. We were off and running.

In 2019 we donated $10,000 to national societies and conferences in Africa and Asia, and we conducted a research project looking at the education needs of healthcare professionals in Africa and their barriers to accessing. We presented our findings at the World Intensive Care Congress.

We also discovered trademark law!! Despite owning the trademark in the USA for Medreach, a company with a vaguely similar name pressured us to drop our brand. So we changed our name to Continulus (a play on Continue your learning with us).

In early 2020 we launched the Critical Care Medicine series. We partnered with the Australian College of Critical Care Nurses and the Australian Sepsis Network. And then COVID-19 struck. At that point, I was running the company single-handedly (with some admin support from critical care nurse Sarah Walsh). I was working frontline in Emergency Medicine, and my wife and I had recently had our third child. The company had massively outgrown my capacity. I had spread myself extremely thinly, had become very stressed, and I still lacked the business acumen to make it the success it could be. And success for me was sharing the amazing content as widely as I could.

I had often pondered the correct business model for Continulus. We are charitable by nature but were worried that being a charity might limit our ambitions. For example, being a charity might not provide the freedom or possibility to scale as we need or build our technology in a meaningful way. Plus, an organisation does not need to be a charity to be charitable. A sound, socially-conscious business model would allow us to be more ambitious, scale more quickly and perhaps have even greater global impact. For this reason, I took investment with a group of socially-minded investors. As a result, in March 2021, Continulus employed its first staff member.

In September 2021, we launched a new website, business model and reinvigorated social purpose. We share world-class lectures and courses from leading subject experts with healthcare professionals and organisations from >130 countries in a fair, inclusive and socially responsible way.

Our Lectures are free to access for everyone, with a low-cost subscription for premium features subsidised in middle-income countries and free in low-income countries. In addition, for every dollar earned, we donate 4% to global healthcare projects. And we contribute time and resources to furthering healthcare education in areas that need it most.

We use required cookies to perform essential website functions. For example, they’re used to log you in, improve performance, route traffic between web servers, detect the size of your screen, determine page load times, improve user experience and to analyse how well our websites are working. These cookies are necessary for our website to work.

Cookies are very small text files placed onto your device to store data that our web servers can use later.

Sign Up for free and join the Continulus community!